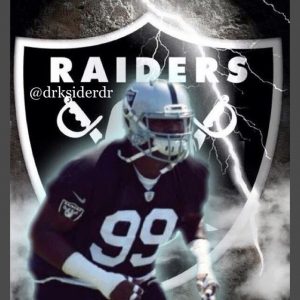 The Oakland Raiders are a team that I feel will really have a good season.  They are hungry and according to Jerry McDonald of the Bay Area News Group, their players are fired up too.  In today’s non-contact drills, three different times a fight broke out.

It is good to see the Raiders are ready to play. It looks like Jack Del Rio is bringing some tenacity back to the Raiders.