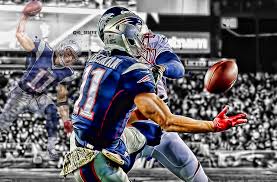 Julian Edelman had a surgical procedure performed on his left foot

Julian Edelman will want to make sure he is healthy for week 5 of the regular season and that is because his QB Tom Brady may be suspended for the first four games.  So Edelman decided to have a surgical procedure done on his foot, and while he should still be back by the pre-season, it was smart to get it done now.

Edelman just had a clean-up procedure done according to Adam Schefter of ESPN.  He will likely be back soon, but was caught in NY with a big boot on his foot.

Patriots WR Julian Edelman recently underwent left foot surgery but is on track to return for training camp, sources told @MikeReiss and me.

Julian Edelman recently was spotted in NYC with a “big boot” on foot, riding around on a motorized device. Surgery was “cleanup procedure.”