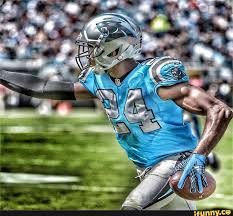 It sounds like Ron Rivera did not want to let Josh Norman go, but had no choice

Releasing Josh Norman may have been the craziest move of the entire off-season. The league’s top rated cornerback was slapped with the Franchise tag and he wanted to be paid like a top tier corner. He was planning on holding out to get paid and according to his head coach, the Panthers had to let him go.

“We were at an impasse,” Rivera said. “Things weren’t happening, and the one thing we didn’t want to do is go into training camp not knowing. I think that was part of the decision.”

It is not a very good explanation, but at the end of the day, the Panthers obviously thought it made the most sense to move on from the former Coastal Carolina superstar.