NFL is paying back 700k dollars for the “paid patriotism” scandal 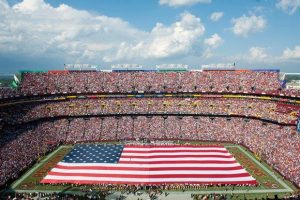 NFL will pay back the US Military for paid patriotism scandal

The NFL is finally paying back the tax payers a grand total of 723,734 dollars for acts of sponsored patriotism according to Darren Rovell. Last years it was reported that the NFL charged the United States Military for taking part in acts of patriotism over the past 3 years.

BREAKING: The NFL has agreed to pay back taxpayers $723,734 for acts of sponsored patriotism (paid flag ceremonies, welcome back tributes)

Senator John McCain even applauded the NFL for stepping up and doing the right thing.

I applaud @NFL for returning American tax dollars used to honor our troops – time for other leagues to do the same.