NFL barred players with domestic violence charges to their Combine, yet teams still draft them 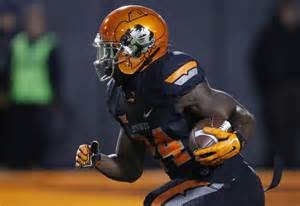 Tyreek Hill does not blame the fans in Kansas City getting upset, but vows to change his ways.

This year the NFL banned players with a misdemeanor or felony conviction involving violence or use of a weapon, domestic violence, sexual offense and/or sexual assault, yet teams are still drafting players with a history.

The Chiefs drafted Tyreek Hill, and while he is a very talented player on the field, the fans ripped into the organization for the selection, and Hill himself does not blame them.

“Those guys, those fans, they have every right to be mad at me because I did something wrong and I just let my emotions get the best of me and I shouldn’t have done it,” Hill said in comments distributed by the team. “They have every right to be mad. But guess what, I’m going to come back and be a better man, be a better citizen and everything will just take care of itself and let God do the rest.”

Hill plead guilty to punching and choking his pregnant girlfriend in 2014. Hill is no different than Greg Hardy, but the backlash from the fans is what may ultimately stop a team from taking on a player with a history in the near future.

Shawn Oakman the Baylor pass rusher was not given an opportunity even in camp because of an allegation of sexual assault. Others have charges on their background and were still drafted.  Tyler Higbee was drafted and he put a man in a coma after he hit him repeatedly calling him (a muslim man) a “Haji”.  Let’s not forget Leonte Carroo of Rutgers who the Dolphins traded up for.  He reportedly had slammed a woman’s head into the concrete, but yet he was still drafted.

The NFL needs to make up their mind.  They will not allow Ray Rice back in the league, they have quietly banned Ray McDonald, and Greg Hardy will likely have a very hard time getting another shot.  So here is my question to you.  What is the league doing?  Are they going away from players with a past violent history, or are they going to keep allowing some to sneak through the cracks?

To me it is confusing, because the NFL is trying to crack down yet the players are still entering the system.  If you were to go to a new employer and tell them you had a domestic violence arrest on your record, would they hire you?  I bet they look long and hard at the situation. I want to know what you think?