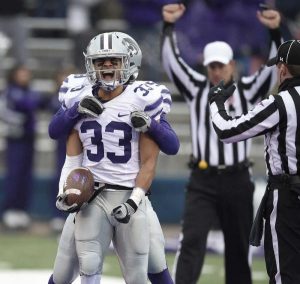 Many children in the United States grow up dreaming of playing a professional sport on the highest level. Some love the game for the money, while others would like the fame.  Playing professional sports is something that is earned, it is not something that is just handed to you.  There are many things in life that are free, and one of the biggest gifts people have is the Freedom of Religion.  Some people will read this and be offended, but this is not about you, this is about our SAVIOR. This week something happened in the NFL that I cannot remember ever happening.  A young football player named Morgan Burns walked away from playing for a professional football team and an opportunity to have the fame and finances, to pursue a much bigger mission.

Morgan Burns wasn’t your average kid, he was a gifted athlete that was blessed with speed.  Burns was one of the fastest players in the entire 2016 NFL Draft.  Burns had several teams interested in his services as a cornerback/return man.  He finished his Senior season as an All American as a returner, and many NFL teams had him on their draft board.  Burns was working out and hoping to land an invite to Indianapolis where the best players in the country would work out on National Television.  He unfortunately would not be selected to attend the Combine.  Many said he was a snub, but he did not let that bother him, he just kept working.

To be honest with you, I didn’t really have high expectations. I know many things happen throughout the NFL Draft process. I made some plays at cornerback, and I also made some mistakes. I was good at special teams, but I couldn’t get upset when I was not selected to the Combine, because there were better players at the cornerback position. 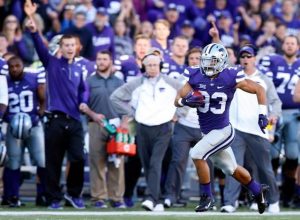 He would end up crushing his Pro Day where he ran a 4.34 and then a 4.38 forty yard dash. Several teams would work him out during the Pro Day.  Teams began to show interest, the Jets, the Steelers, and the Packers would all call to check on him. Burns just kept working to hopefully hear his name called.

The Draft was finally here, and Morgan Burns had an opportunity to finally find out where he would be moving to.  His family and friends would gather in preparation of the draft, and it would not be long before Burns would know his next major move in life.

I did not watch the NFL Draft until the end (Day 3).  My agent said some teams seemed interested and said I could hear my name called on Day 3.  I sat there patiently and had a good time with my family and friends.  The draft finished and I did not hear my name.  My agent said that several teams had contacted me, but he thought it was in my best interest to go to the Titans.  This kind of surprised me because I was expecting to hear from the Jets or Steelers because they seemed to show the most interest. I was excited because I was going to be a Tennessee Titan!

Burns would show up to practice with the Titans, but he noticed something. After just one day, many of his teammates were fighting so hard to earn a spot on the roster, in which he was already a member. He began to see football from a different standpoint. His fire for football had changed to a fire for GOD!!! During his time at Kansas State, Burns was attending a church called UCC (University Christian Church) and he was also working there.  He already knew his passion for Jesus Christ, but this feeling was different for him.

I think growing up every kids dream is to play in the NFL or be a professional athlete. That was always a dream of mine too.  I thought about the money, and the spotlight. That was a great dream, but as I grew older my passion for football began to change.  The passion I once had for football converted to spreading the message of Jesus Christ. 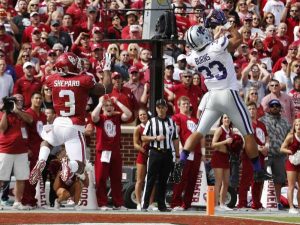 This reminds me of a story in the bible where God called Abraham in the book of Genesis to to kill his only son.  God was testing Abraham to see how committed to the Lord he truly was.  Abraham did as he was asked and took his son to mountains to kill him.  When the Lord saw he was willing to kill his only son, he sent the message to stop.  That is a pretty deep story, but it is very similar to what Morgan Burns did.  He had the American Dream to play in the NFL, yet he sacrificed the money and the fame, to spread the gospel.

I had to think where I was in the Lord. I knew I had to be fully committed to him.  So I wanted to fully surrender to him and spread his word. It was a very easy decision for me.  It will not make sense to many, because the money, the American Dream so to speak. So I definitely am going against the grain. Some will not understand because they have different beliefs, but I fully believe the Bible is the truth. Jesus is the way, and I have to surrender to him and be willing to trade everything.

Morgan made up his mind, he was going to talk to the coaches and the General Manager of the Tennessee Titans, the team he just signed a contract with, to tell them he was going to pursue a career in the ministry. Just think about that for a minute. We are not talking about walking away from a job at McDonald’s, we are talking about a job that pays 400 plus thousand dollars a year.  For many they would be scared, because the sacrifice is amazing, but it was not for someone who knows Jesus. Morgan made his decision and called the Titans head coach, Positional coach and General Manager together to let them know.

I told the GM, HC and positional coach that I loved sports, and I loved competing but there were many players here that were fighting for my spot.  I knew their hearts were in it and fully committed, they were putting in the time, and I did not want to hinder the team, because my heart was in the Lord. The coaches and GM actually took it better than I expected. They said they were happy for me, they said they were happy I had an option after football. They were glad I was upfront and honest about the situation. 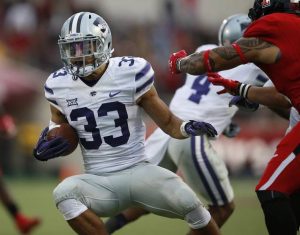 Morgan Burns walked away from the NFL at the age of 22. He is the youngest player to walk away from the NFL.  Many may not understand the decision, but a believer in Christ can only admire him. I asked Morgan what he would say to someone that may be scared to take a leap of faith in the Lord. His response was amazing.

I would try to point them to what is true, and what is eternal. I think specifically here in the United States, we believe in a lot of lies, and we live for the temporary.  Money and relationships will make you happy. Drugs and Sex will make you happy, because many people believe in a contemporary life.  Many believe if you have the newest hot item that you will have a happy life. I think it is a bunch of lies, and specifically young men and women are believing them. There are three things that are eternal in your life.  That is God, God’s Word and investing in other people. If I truly believe what Jesus did for me on the cross and I did not tell people about it, I would be a horrible person. Invest in those three things and you will be fine. God calls on us to know him, and I see my need for Christ.  I just want to point others in his direction.

Who knows if Morgan Burns will ever return to the NFL; he may once he plants his seeds in the world. God may call him back to the NFL, but for now Burns is committed to spreading the Gospel.  He will try to remain heavily involved at UCC where he worked while training and says he will be around the Kansas area spreading the word.  He is not sure if he will enter the church ministry or even sports ministry, but he knows one thing, he will spread the message from our Good God!!!