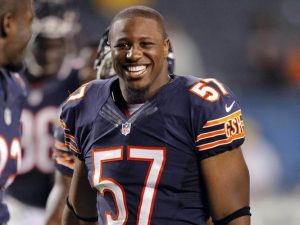 The Detroit Lions announced today that they have acquired linebacker Jon Bostic via a trade with the New England Patriots in exchange for an undisclosed, conditional draft pick.

Bostic joins the Lions after spending the 2015 season with the New England Patriots, where he played in 11 games (one start). Prior to his time in New England, he played two seasons (2013-14) with the Chicago Bears.

Bostic played college football for the University of Florida. He was drafted by the Chicago Bears in the second round of the 2013 NFL Draft.