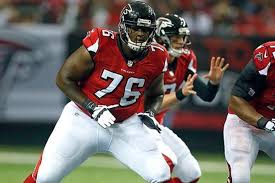 The Lions announced the signing of DE Louis Palmer (Central Michigan). Palmer had 91 tackles with five sacks in four years with the Chippewas. To make room for Palmer, Detroit released veteran OT Lamar Holmes according to Matt Rothstein. The Lions signed the former Falcons starter earlier this offseason in hopes he could compete for a tackle spot.

Holmes was drafted by the Falcons in the third round of the 2012 NFL Draft. Holmes played college football at Southern Miss.

A native of Detroit, Palmer played four seasons at Central Michigan (2012-15), where he appeared in 48 games. He finished his college career with 91 total tackles, five sacks, 13 tackles for loss, two forced fumbles and three pass defenses.