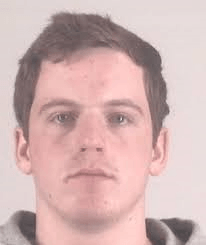 This is John R.K. Howard one of the kids arrested for the crimes.

I have never been to Idaho, but this lawsuit is horrendous, and is horrible. According to a Breanna Edwards of the Root, Three white football players in Idaho are being charged for sexually abusing a young black disabled teammate.  This is wrong and they need to face charges if true folks.

According to the report, the lawsuit lists 11 employees at the school as defendants, accusing officials and coaches of doing nothing to stop the racial and physical abuse of the vulnerable student, now 18. In fact, the suit alleges, Dietrich football coaches actually encouraged teammates to fight the boy and allowed a much larger student to knock him unconscious while other students yelled “catcalls, taunts and racial epithets.”

One student in particular, John R.K. Howard, was painted as the perpetrator of the worst of the abuse. The lawsuit calls out Howard, one of the three students charged in the sexual assault, as the ringleader. The 18-year-old is one of two charged as an adult.

The other player charged as an adult, 17-year-old Tanner Ward, is accused of “physically [forcing] a coat hanger into the Plaintiff’s” rectum.

I do not know what was going on in this locker room, but where were the coaches?  This is wrong, and I feel horrible for the young man who was abused.  Please keep him in your prayers.  For the others, I will see you in Prison.