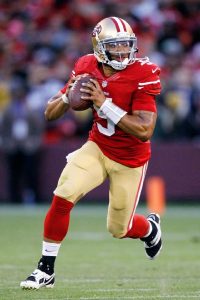 According to Jordan Raanan of NJ.com, the New York Giants have placed LB James Morris on waivers. In a corresponding move, B.J. Daniels the former University of South Florida quarterback has been signed by the G-Men.

Daniels was drafted by the San Francisco 49ers in the seventh round of the 2013 NFL Draft after playing college football at South Florida. He played quarterback for South Florida and the Seattle Seahawks, before moving to wide receiver in 2015. He won Super Bowl XLVIII with the Seahawks over the Denver Broncos.