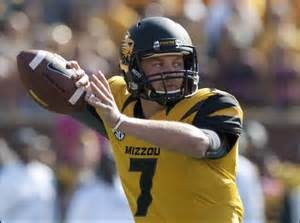 Former Mizzou QB Maty Mauk is headed to the FCS

Former Missouri quarterback Maty Mauk seems to be headed to Eastern Kentucky University. Mauk has signed an athletic grant-in-aid agreement with Eastern Kentucky, according to a report from the St. Louis Dispatch’s Dave Matter.

The former Tigers starter graduated from Missouri last week after being dismissed from the team in January. Mauk was dismissed after a video was posted of him snorting a white substance.

Is he transferring to Eastern Kentucky? pic.twitter.com/rjTRh9g8he