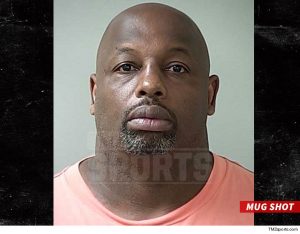 This is sick. Former San Francisco 49ers 3x All Pro Dana Stubblefield has been arrested for raping a mentally disabled woman, according to TMZ.com

Officials say Stubblefield contacted the woman through a babysitter service and had her over to his Santa Clara home for an interview in 2015.

But instead of an interview, officials say Stubblefield had sex with the woman — despite the fact she was “incapable” of giving consent because of a mental disorder and developmental and physical disabilities.

The 31-year-old woman immediately went to police after the alleged incident — and officials felt there was enough evidence to charge Stubblefield with 5 felony charges.

Officials also want Stubblefield to submit to an AIDS test. This is a bad story for 49ers fanbase.