#Falcons are not expected to sign veteran CB Leon Hall 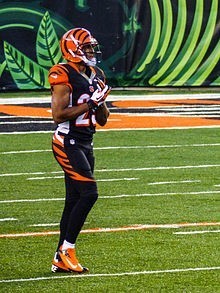 Falcons will not be signing veteran CB Leon Hall

One of the best players available right now is Leon Hall. Hall visited several teams including the Falcons, but according to Vaughn McClure of ESPN, they are not looking to sign him now.

Atlanta brought Hall in for a visit a few weeks ago and him take a physical. Hall has also met with the Giants this week and there has been reports that the Dolphins may have interest in Hall.

Hall played college football for the University of Michigan, and earned consensus All-American honors. Hall was chosen by the Bengals in the first round of the 2007 NFL Draft.