#Dolphins Dion Jordan will apply for reinstatement this week 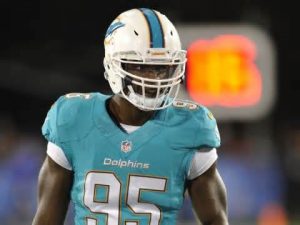 According to USA Today reporter Tom Pelissero, Dion Jordan the former third overall pick of the Miami Dolphins will petition for reinstatement on Wednesday.

Jordan has not made an impact in the NFL since entering the league out of Oregon.  Jordan has been in more trouble for off the field antics than anything else.  According to Pro Football Talk, Jordan has passed two drug tests since his suspension.

Jordan says that he has passed two tests a week since his suspension began in early 2015, and that he hasn’t taken drugs in more than two years. He says that, in November 2014, he provided a diluted sample after admittedly drinking excess water to flush alcohol from his system, without realizing he wasn’t being tested for alcohol.

NFL Draft Diamonds was created to assist the underdogs playing the sport. We call them diamonds in the rough. My name is Damond Talbot, I have worked extremely hard to help hundreds of small school players over the past several years, and will continue my mission. We have several contributors on this site, and if they contribute their name and contact will be in the piece above. You can email me at nfldraftdi[email protected]