Danny Amendola restructures his contract to stay with the Patriots 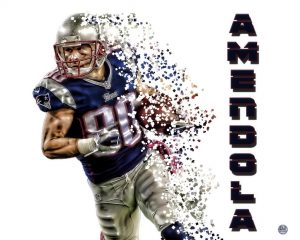 Danny Amendola has restructured his contract with the Patriots

According to Mike Garofolo of Fox Sports, Danny Amendola has restructured his contract to remain with the Patriots.  It is a 2 year deal worth 7.35 million dollars with 750k more in roster bonuses.

“It’s an honor to play for this franchise and with this group of guys. We have one goal — to win another championship and that’s all we care about,” Amendola said in a statement, per Garofolo.