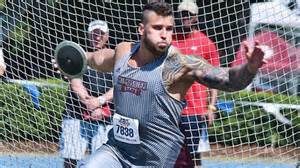 The Chiefs released linebacker Tautvydas Kieras, who they signed in March after his pro day at Mississippi State. Kieras did not play football in college but was a discus thrower and shot putter.

Per NFL.com’s Gil Brandt, Kieras measured at 6’3″ and 271 pounds with a 4.72 time in the 40-yard dash and a 35-inch vertical jump during Mississippi State’s pro day earlier this month.

NFL teams have been exploring various sports in hopes of finding talent.

The Chiefs were trying Kieras out at linebacker but that obviously did not work out.