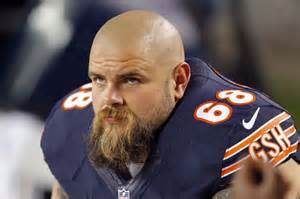 The Chargers and Bills will host Matt Slauson

The Buffalo Bills and the San Diego Chargers are expected to bring in veteran offensive lineman Matt Slauson for a visit. According to Adam Caplan, the Bills will host Slauson as well as the Chargers.

Slauson was released a couple days ago and has been in the league a while. He could be a very solid player and likely a starter for both of the teams hosting him. The Bills may actually try to play Slauson at tackle.