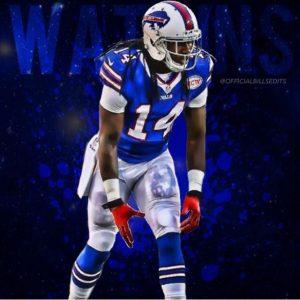 The Buffalo Bills luck has already started off pretty bad.  The Buffalo Bills drafted Shaq Lawson with the 19th pick in the 2016 NFL Draft and many said that he would require surgery on his shoulder. When the Bills introduced him they said his shoulder was fine and he would not require any surgery.

Well just a week later, the team stated on their website that Shaq Lawson would undergo shoulder surgery and may be eligible to return by week 1. They believe he tweaked it in practice. He is still not signed either.

That is not the only bad news that the Bills Mafia endured.  Their star wide receiver also needed surgery on his foot.

Some more bad news for the #Bills this Monday. Multiple team sources tell me that wide receiver Sammy Watkins has broken his foot.

Many think he will be ready to return by week 1 as well, but this is not good for the Bills. They are already super thin at the wide receiver position.