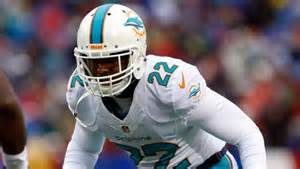 Yesterday was such a crazy day, but I wanted to write about the Dolphins and Browns trade that occurred during the draft. According to NFL Media Insider Ian Rapoport the Browns traded for Dolphins cover man Jamar Taylor.

The Browns and Miami swapped 2016 seventh-round picks, leaving the Dolphins with No. 223 and the Browns with No. 250.

A second-round pick in 2013 out of Boise State, the 25-year-old Taylor could use a change of scenery after failing to latch on as a starter in Miami. He was handed a No. 1 role in training camp last summer, but quickly lost it. The 5-foot-10, 195-pound defender was deactivated for a rash of games down the stretch. This was a good trade for the Browns, but they have so many cornerbacks now.