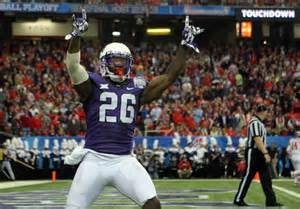 Kindred was a 30-game starter and played in 50 games over four years at TCU. He had eight career interceptions and was an All-Big 12 pick last season.

Kindred is an intimidating hitter with pretty good ball skills, but his issues with missed tackles and back-end busts are a concern. The more area he’s asked to cover, the more he is likely to struggle, so he could be locked in as a box safety with special teams value. Kindred could go undrafted, but he he’s got enough talent to fight for a roster spot.