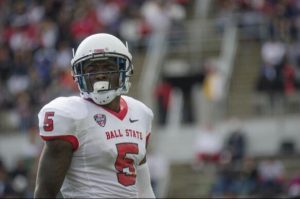 Eric Patterson has signed with Browns

The Cleveland Browns announced that they’ve signed CB Eric Patterson to a contract following his tryout this past weekend.

Patterson is 5-9, 200-pounds and entering his second NFL season out of Ball State. Originally signed by New England as an undrafted free agent in 2015, Patterson appeared in two games with the Colts and one with the Rams. He also spent nine weeks on the Rams’ practice squad and one week on the Colts’ practice squad. A native of Tampa, Fla, Patterson graduated from H.B. Plant High School.