#Browns say that Cody Kessler will compete for the starting job 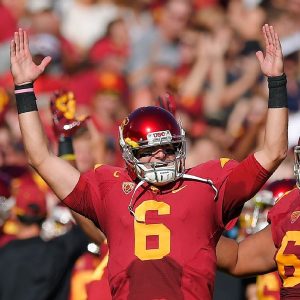 “I understand where everybody’s coming from, but you’ve got to trust me on this one,” Jackson said of questions about Kessler being a reach, via the Akron Beacon Journal. “This is a guy that we feel very comfortable with, and we feel he’s going to have an opportunity to ascend.”

Sashi Brown says that Cody will join the quarterback competition.

“I do think Cody is a guy that I would not want to sleep on at all if I wanted to be the starting quarterback of the Browns,” Brown said, per Mary Kay Cabot. “...[Kessler is] going to come in serious ready to work. Robert has four years of NFL experience, is tremendously athletic and serious about becoming a starting quarterback in this league. There’s no reason he can’t, but this is going to be a competition.”

“We truly believe in competition here,” Brown added. “We’re realistic about where our roster is at that slot and we want to find a long-term answer. It’s as critical for everything we’re going to do here. We’ll give them an opportunity to compete and the best quarterback is going to start for us period. We’ll roll the ball out and see who’s the best at throwing it.”