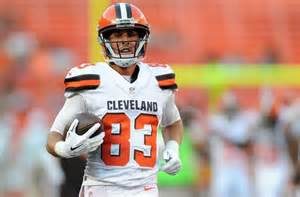 Today the Cleveland Browns informed veteran wide out Brian Hartline that he is being released.

Hartline signed with the Browns in 2015 after six seasons with the Dolphins.

The 29-year-old receiver struggled to gain separation the past several seasons and was a below-replacement-level wideout on one of the shallowest pass-catching groups in the NFL. Hartline compiled 523 yards on 46 receptions, with two touchdowns in 12 games last season, his only year in Cleveland.