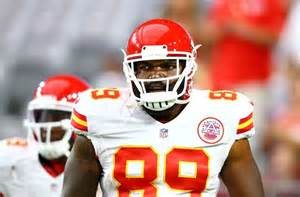 Richard Gordon has been cut by the Broncos

The Broncos waived tight end Richard Gordon, the team announced Wednesday. Gordon was drafted by the Oakland Raiders in the sixth round of the 2011 NFL Draft. He played college football at theUniversity of Miami.

The six-year veteran was originally signed on Oct. 14, 2015 to bolster Denver’s depth at tight end. He was active for five games and played five total snaps (one on offense, four on special teams) in the team’s Week 8 matchup against the Packers.