Bills CB Stephon Gilmore is holding out of OTA’s; Would like a new contract 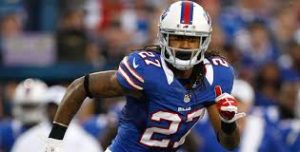 The Buffalo Bills are in a pickle. Cornerback Stephon Gilmore is holding out of Bills voluntary OTA’s and the team will have a decision to make at the end of the year. Do they lock up Tyrod Taylor or Stephon Gilmore. Gilmore has been a guy that Doug Whaley really talked highly of, but he will demand a pretty penny.

Gilmore, the 10th overall pick back in the 2012 NFL Draft, recorded 36 tackles, three interceptions and 18 passes defended for the Bills last season.

He’s likely going to want a deal similar to the five-year, $75 million contract Josh Norman signed with the Washington Redskins back in April, which he is not worth in my opinion.

That is insane money, and at this point Bills would be much better off letting him walk and get signed by another team.  They would pick up a third round pick in compensatory picks and can lock up their quarterback.  The Bills have to lock up Tyrod Taylor soon, and if they keep giving everyone 70 plus million dollar deals they will not be able to sign anyone else over time.