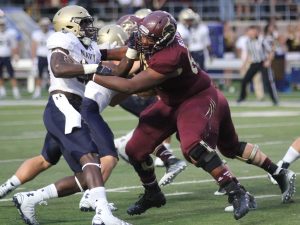 Big Adrian Bellard has signed with the Bears

Bellard was an undrafted free agent who started every game from 2013-2015.  He also played in 11 games as a freshaman at TSU.  Jefferson was a free agent signing in 2015, who suffered an arm injury last year and was placed on I/R.