#Bears get their first round pick Leonard Floyd under contract 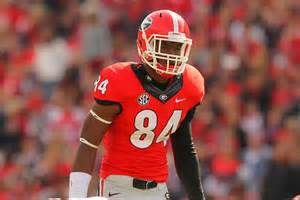 The Chicago Bears traded up a couple spots in the first round to ensure they were able to land a pass rusher in the 2016 NFL Draft.  The Bears were excited to land Leonard Floyd, and today they made him officially a Bear.

The Bears signed Floyd to a four year deal with the team.  During his three years at Georgia, Leonard Floyd made a big impact, playing both defensive end and standing up as an outside linebacker.

He recorded 4.5 sacks in 2015, which led the Bulldogs for the third straight year. The Bears have been struggling at reaching the quarterback so this is a major move for them.  I like Floyd in the Bears defense.