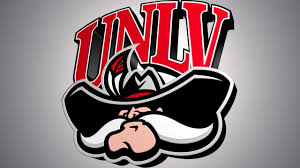 UNLV football receives a huge check from one fan

Everyone wants to keep talking about the Oakland Raiders moving to Las Vegas, but I have not seen much being reported about the generous man that donated 2 million dollars to the UNLV football program.  According to a report from the Review Journal, an unnamed man sent in a check to the University worth 2 million dollars, making it the largest donation in program history.

The donor is a longtime supporter of the school and its athletics department, according to the report.

“He’s a big football guy and has been a big supporter of UNLV athletics over the years,” Rebels coach Tony Sanchez said. “We had conversations during the year about things we need to do to get the football program rolling. It’s an exciting gift to receive. It shows the direction we’re going and we know there’s going to be more behind it.”

I would rather talk about a good deed than some kid that made a boneheaded mistake.  I like this story, what a great deed.