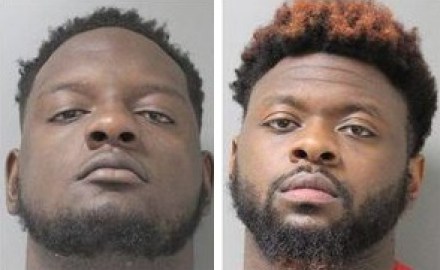 University of Alabama left tackle Cam Robinson and defensive back Hootie Jones were arrested early Tuesday morning in Monroe, Louisiana, and Robinson could face prison time.  Robinson was charged with illegal possession of stolen firearms which is a felony charge.

B. Whoever commits the crime of illegal possession of firearms shall be punished as follows:

(1) For a first offense, the penalty shall be imprisonment, with or without hard labor, for not less than one year nor more than five years.

(2) For second and subsequent offenses, the penalty shall be imprisonment, with or without hard labor, for not less than two years nor more than ten years.

According to DecaturDaily.com, the two men were arrested after police approached Robinson’s vehicle in the parking lot of a park around 2:30 a.m. and smelled a strong odor of marijuana coming from the vehicle. Police allegedly found a handgun in the lap of Jones who was sitting in the passenger’s seat. Police also allegedly found a bag of marijuana in the front driver’s seat floorboard and a stolen handgun under Robinson’s seat.