25 Small Schoolers were drafted in the 2016 NFL Draft; Numbers are up 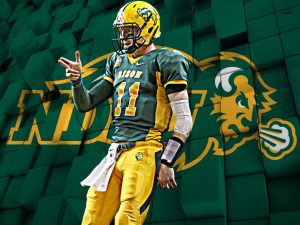 The NFL Draft is what we love more than anything, and NFL Draft Diamonds was created to give small schoolers a shot.  Since 2014, the NFL Draft has been producing 20 plus players in the NFL Draft.  That is a very solid number since our existence, considering there are only 256 NFL Draft Picks. We would love to see that number rise to 40 or 50 but the number is headed in the right direction.

This year there were 25 small schoolers drafted through the seven rounds of the 2016 NFL Draft. Here are the guys that were drafted. We considered both Moritz Boehringer and David Onyemata small schoolers on the list, because they come from other countries.  Both are very solid prospects as well.

In 2014, the NFL Draft showcased guys like John Brown of the Cardinals and Jimmy G of the Patriots. In 2014, there were 24 small schoolers drafted. Last year, David Johnson of Northern Iowa highlighted the draft class in which 20 prospects were taken from small schools.  This year there were 25 highlighted by Mr. Bison himself Carson Wentz!!!

Congrats to all the prospects drafted from small schools.