2016 NFL Draft Breakdown; The Best pick of each round 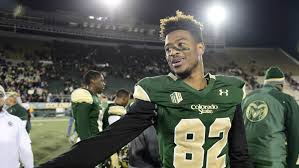 The Cleveland Browns stole Rashard Higgins late in the draft. He is going to be a stud. 2016 NFL Draft best picks

The 2016 NFL Draft is over, and we are still amazed by how some teams added some impact players so late in the draft.  Here are our best players picked in each round session. We want pick one player from each round that was a steal for the team that drafted them.  Here we go!!!

2nd Round – The Jacksonville Jaguars, and Buffalo Bills both stole the show. Jaguars were able to land Myles Jack in the second round and the Bills were able to land Reggie Ragland. Both will be future Pro Bowl linebackers in the next few years.  These were the best value picks of the 2016 NFL Draft’s second round.

3rd Round – Chicago Bears drafted Jonathan Bullard from the University of Florida, and I cannot believe he was even there at this pick. This was a steal for the Bears. Bullard has the ability to be a stud in the NFL.  I think the Bears will use him quite a bit early and would not be surprised if he has a monster rookie year.

4th Round – The Oakland Raiders traded up to land the best quarterback in the draft. Connor Cook is a stud, and he is very similar to Derek Carr of the Raiders. People say Cook fell because of his attitude, but listen here folks, Tom Brady has an attitude as well. Drop a ball for Brady and he will scream at you.  Cook was a steal here. Great pick Oak-Town.

5th Round – Cleveland Browns and Indianapolis Colts won this round in my opinion. The Colts landed Joe Haeg the blindside tackle for Carson Wentz at North Dakota State, who is a beast. I would not be shocked if he is starting by mid season.  He is a special player.  The Browns stole Colorado State wide out Rashard Higgins.  I am blown away this kid was still on the board in the 5th round. Higgins could be the best wide out on the Browns after year one, outside of Gordon if he can stay out of trouble.

6th Round – Dallas Cowboys drafted a safety by the name of Kavon Frazier. Frazier is a kid I am very high on. He is super athletic with amazing upside. He could end up being a star for the team with a Star on their helmet.  The Cowboys need help in the secondary and they hit the ball out of the park with this selection.

7th Round – Steelers and Browns won this round.  The Steelers drafted Tyler Matakevich from Temple and the Browns drafted Scooby Wright from Arizona.  Listen folks, how does the Bronko Nagurski award winners fall to the 7th round? Both of these players were given the Nagurski award for the Top Defensive Player in college football.  The nominees are selected from all Division I schools and voted on by members of the Football Writers Association of America (FWAA).  I just wanted to know how they both fall to the seventh round?  Who cares about size, they dominated the college level. Give them a shot.  #STEALS

View our biggest reaches of the 2016 NFL Draft here….