Will the Cleveland #Browns move on from WR Josh Gordon? 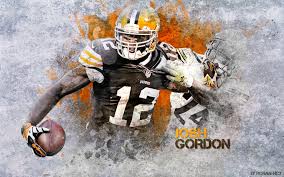 Gordon can reapply for reinstatement on Aug. 1, but the NFL will rule on it “when appropriate” after it receives the application.

The league will need to see a strong commitment by Gordon to his treatment program and no violations of the substance abuse policy in the interim. But even if he’s reinstated this season, it doesn’t mean he’ll be back with the Browns.

This latest misstep is likely the last straw for the Browns and they’ll probably strongly considering trading Gordon if he comes back.

So this is my question to you, would you want Josh Gordon on your team?  Could you imagine Josh Gordon in Minnesota with Teddy Bridgewater?  He has ties to the Vikings as well as one of his former coaches is there. Just sayin….