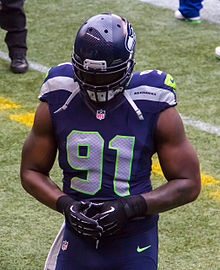 Chris Clemons has signed with the Seahawks

The Seattle Seahawks have re-signed a very familiar face today. According to Adam Schefter of ESPN, the Seahawks signed former Jaguars defensive end Chris Clemons today. Clemons played college football at Georgia, and signed with the Washington Redskins as an undrafted free agent in 2003.

Clemons has also played for the Oakland Raiders, Philadelphia Eagles, and Jacksonville Jaguars.

Seahawks announced they re-signed DE Chris Clemons, who spent 2010-2013 with the team.