Sam Bradford’s agent made him look like a total wuss; I hope no one trades for him 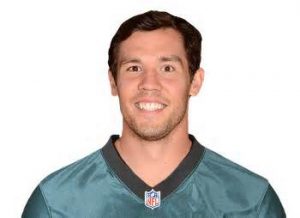 Sam Bradford is the most overrated quarterback ever and he has never had to compete, he is a wuss

Yesterday, Sam Bradford’s agent was on Sirius XM NFL Radio and boy did he make his client look like a big baby.  Agent Tom Condon was the same agent that just signed a 2 year deal worth 36 million dollars with the Eagles, which is a stop gap quarterback considering the deal. If the Eagles thought Sam Bradford was the man long term they would have signed him to a much longer deal than just 2 years.

Condon was crying on the radio saying that Bradford wants to be the man.

“Sam’s only been in the league for six years and he wants to go some place and be there and know that he’s going to stay as long as he plays well, and his situation now in Philadelphia is different,” Condon told SiriusXM NFL Radio.

“Sam’s a competitor and he wants to go some place and know he’s the man. He just doesn’t want to be there holding the place card and then wondering where’s he’s going to go at the end of the year.”

“He doesn’t view himself as somebody that’s a stop-gap kind of quarterback and he wants to go some place and take a chance on (being) with a team with a long time,” Condon said. “I can’t blame him for that.”

Hey Tom, let me add this up for you.  Your quarterback views himself as a long term quarterback, yet YOU landed him a 2 year deal. Then you say he wants to start, yet he is horrible as a starter. He is 25-37-1 as a starter in the NFL, and you are getting mad because he has to compete for a starting job with a rookie that is 0-0 as a starter and Chase Daniel who was brought in from the Chiefs?  I am so confused, because Sam Bradford may be the most overrated, and overpaid quarterback to ever play in the NFL. He is up there with Matt Flynn, and that is not saying much.  If I was Philly, I would bench Sam Bradford for 2 years pay him his entire contract, I would fine him every day he missed, and I would ruin his career. The Eagles would be doing every other NFL team a huge favor, because he is STUPIDLY OVERRATED….