Just how overrated is Sam Bradford, I will try to help you explain it.  Sam Bradford has thrown 78 touchdowns in his career. He has also made 78 million dollars over his career. Let’s not forget he is about to get another 4 million dollars if he is on the Eagles roster for the fifth day of the 2017 season. He wants that money, that is why he is being a baby. But this stat does not lie, how do teams think this guy is worth it?  I would rather have Nick Foles.

Bradford has a roster bonus owed to him on the 5th day of 2017 league year worth $4 million, which he already knows he won’t see in Philly. 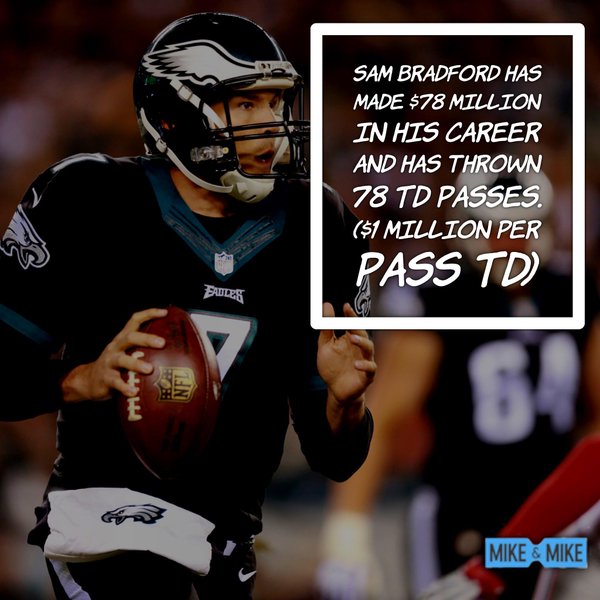 Sam Bradford has made $1 million dollars for every TD pass he’s throw in his NFL career.