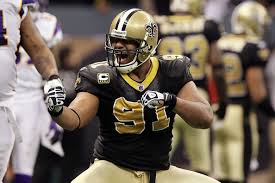 Saints have inducted Will Smith into their Hall of Fame

The New Orleans Saints Hall of Fame says defensive end Will Smith had been unanimously voted into the hall last month. The president says the announcement just had not been made.

Hall of Fame President Ken Trahan says the announcement had been scheduled next month. He says the museum ”expresses its deepest condolences and heartfelt prayers” to Smith’s wife, Racquel, and their three children, William, Wynter and Lisa.

Will Smith finished his career with 67.5 career sacks, and after 11 years he will be recognized by the city of New Orleans and the fans of the Saints.