#Saints RFA OL Tim Lelito turned down and offer from the #Cowboys; Likely to remain with New Oreleans 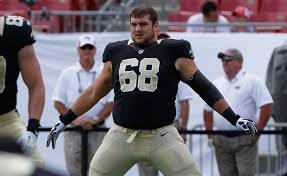 Saints OL Tim Lelito turned down an offer from the Cowboys

Restricted Free Agent Tim Lelito was offered a contract by the Dallas Cowboys, which would have likely raised his pay, but Lelito decided to turn it down. The restricted free agent says he turned down and offer and is likely to remain with the Saints.

“You have to weigh your options and it’s a gamble,” Lelito explaied, via WWL. “So you can go somewhere else and be a backup for a couple years with less money or you can try to go into a one-year tender and do the best you can and hopefully come out with a little better contract after it.”

This does not make sense to me, because if the Cowboys signed him to a deal, then Lelito would have been able to negotiate with the Saints to get more money, and sign a long term deal if he wanted.  Instead he turned down a pay raise to become a free agent next year. I do not get the concept behind this move.