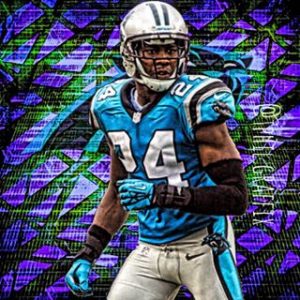 A couple years ago Ron Rivera was on the hot seat in Carolina. He was the one coach many thought would be fired, but he was able to make it out of the rut, and really shine.  Today in their annual Draft Luncheon the Panthers administration was asked about the move of Josh Norman, and Gettleman stated from the beginning that he just felt that 14 million dollars could go a long way.

“The more we thought about it, the more flexibility that $14 million would give us,” Gettleman said, according to Pro Football Talk.

He opened the press conference emphasizing that no team was “one player away,” and insisted that Norman skipping OTAs next week wasn’t a factor. Coach Ron Rivera had nice things to say about Norman, but made it clear “I’m trusting Dave on this.”

Remember it was Ron Rivera that went to bat for Josh Norman, when everyone wanted him cut two years ago. When the team signed Drayton Florence to replace him, Rivera went to bat for Norman asking for more time.  It ended up paying off, and I think Ron Rivera knew the type of player Norman was.

Will it come back to bite the Panthers?  We will know when the season starts, because I am pretty sure Norman is going to receive a nice contract from someone.