Report: #Redskins and #49ers have an offer on the table for Josh Norman 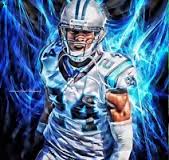 Redskins and 49ers have emerged as front runners for Josh Norman

Josh Norman will likely have a new home soon. According to Jason La Canfora of CBS Sports, the Washington Redskins and the San Francisco 49ers are very interested in Norman’s services. La Canfora states the Redskins have a very legit offer on the table for Norman.

The 49ers are also emerging as a front runner according to Ian Rapoport.

The Skins have a very legit offer on the table for free agent CB Josh Norman I’m told. 49ers’ interest is very strong as well among others

The #49ers and the #Redskins have emerged as the front-runners for the services of free agent CB Josh Norman, source said.