Report: Miami #Dolphins are closing in on an agreement with DE Jason Jones 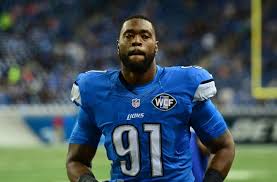 According to David Moore of the Dallas Morning News, the Miami Dolphins are closing in on a deal with former Detroit Lions pass rusher Jason Jones.

Jones visited the Dallas Cowboys earlier in the process, but it looks like the Cowboys will miss out on Jones.

Sources said the veteran defensive end is close to signing a contract elsewhere. That’s believed to be Miami, where he visited late last week. Jones left Valley Ranch on March 28 without a contract, but the two sides have kept the lines of communication open. The impending suspension of defensive end DeMarcus Lawrence for violation of the NFL’s substance abuse policy clearly leaves the Cowboys thin at that position heading into next week’s draft.

The Dolphins are stacking up this year in free agency, and Jones could be a great addition.