Report: #Browns are very open to trading out of the second pick 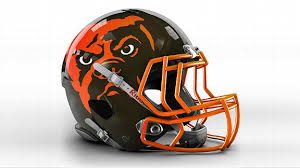 Browns could be willing to move out of the #2 pick

With the Los Angeles Rams leapfrogging the Cleveland Browns, it seems the Browns are looking to get out of the second pick now.

According to Jason LaCanfora of CBS Sports, the Browns are hoping to trade out of the second pick now, because they are not sold on Carson Wentz.

Goff was and is the Browns’ guy, but with him gone their interest in dealing out of the second pick has intensified.

Could the Eagles trade up to number 2, just like our Mock Draft says?  It will be interesting to see what the Browns do.  At this point the Browns need all the first round picks they can get their hands on.