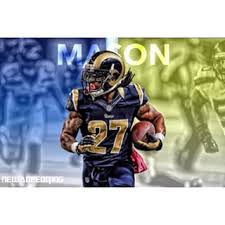 Rams running back Tre Mason is wanted by the Police Department

The Broward County Clerk of Courts records show that Mason was scheduled to be arraigned for his March 5 arrest on suspicion of possession of marijuana, reckless driving, failure to register a motor vehicle and resisting arrest on April 11. The judge has also set a bond amount of $1,500 for Mason once he is taken into custody.