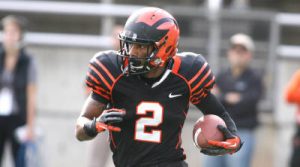 Anthony Gaffney is one of our biggest sleeper prospects in the entire draft, and he will attend the Eagles local day according to sources.

Gaffney is the most underrated safety in the entire draft. Gaffney capped his career with a fifth All-Ivy League honor when he earned Honorable Mention at the defensive back position; four of his All-Ivy honors were as a defensive back. He recorded 28 tackles, four pass breakups and his ninth career interception during senior season, and started every game of his Princeton career.

We had the pleasure of doing an interview with Gaffney and you can learn more about him here.