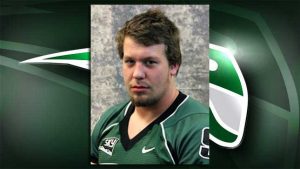 Portland State football has been a pretty good program allowing players like Julius Thomas a chance to play in the NFL. Well they lost a very solid player this week. According to Police, PSU senior Kyle Smith, the starting left tackle for the Vikings, was found dead at his apartment in Southwest Portland.

First responders who found Smith say they found evidence at the scene indicating his death may have been drug-related. Portland Police Bureau’s Drugs and Vice Division is now investigating.

Smith, 22, started 36 straight games for the Vikings as a left tackle.