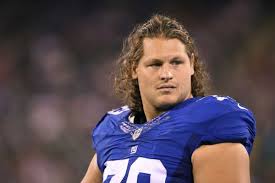 The New England Patriots have signed former New York Giants defensive lineman Markus Kuhn.The 6-foot-4, 303-pounder, originally entered the NFL as a seventh-round draft pick (239th overall) of the Giants out of North Carolina State in the 2012 NFL Draft. He has played in 39 NFL games with 10 starts and has 48 total tackles, 1½ sacks and two fumble recoveries, one of which was returned 26 yards for a touchdown at Tennessee during the 2014 season.

I couldn’t be more proud to be part of such a great organization! Hard work always pays off! #patriots