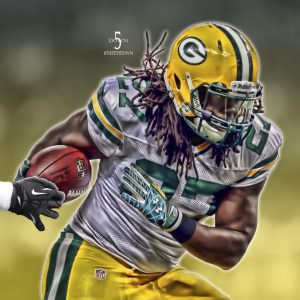 Eddie Lacy of the Packers has lost 15-18 pounds

Green Bay Packers were not happy with Eddie Lacy last year as he looked like he gained 30 pounds from the previous year. His stats were way worse last year and he was benched by the Packers because of his weight/not taking the game serious. Well things have changed this year and according to ESPN’s Rob Demovsky, the Packers star back has been getting ripped.

According to one source, Lacy has lost between 15-18 pounds since the end of last season. McCarthy denied a report this off-season that the Packers told Lacy to lose 30 pounds.

Lacy spent most of the last three months working out under the guidance of P90X founder Tony Horton, first in Wyoming and then in California before making his way back to Green Bay. He was not among the players available to reporters at Lambeau Field on Monday.

Hopefully Eddie Lacy will be able to rebound, because he has been a force since entering the NFL.