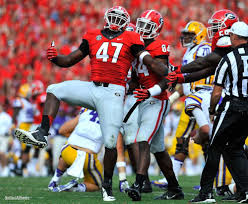 Today the Green Bay Packers waived former University of Georgia standout Ray Drew. Drew was called the “Pastor of Disaster” coming out of high school and was an All American in high school playing in the 2010 US Army All American Bowl.

Drew has been cut by three teams though in a year span, which is not good.  Drew was a beast a blocking field goals at UGA, and is a big boy.