#NFL teams are very interested in trading up for Ezekiel Elliott 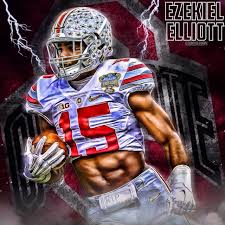 Is Ezekiel Elliott the hottest name out there right now?

Could the Cleveland Browns trade out of the 8th spot?  It sounds like both the Buccaneers and the Browns have been listening to trade offers.

It sounds like Zeke Elliott is flying up the draft boards for a reason.  Could other teams be putting heat on the Cowboys to draft him so another player drops?

Sounds like some teams that are interested in targeting Ezekiel Elliott are connecting with the Browns too. Source says his name is “hot.”

Interesting dynamic at bottom of top 10, with the Browns and Bucs very open to drop. Teams could move up for Elliott/Rankins/Floyd there