Should the #NFL Hall of Fame be based purely on statistics? Terrell Owens thinks so 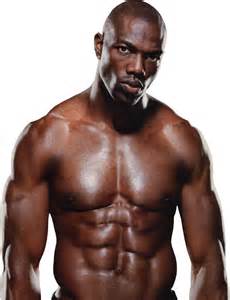 The NFL Hall of Fame is a group of the greatest players to ever suit up, but many of them have something in common. They were the best players on their team, and the best players in the league during their time. There are not many players in the Hall of Fame that were just decent players, they were studs and voted to many Pro Bowls/All Star selections.  Terrell Owens was not voted in the Hall of Fame and it was the biggest slap in the face if you ask me.  Well now TO is speaking out again. In an interview with Sirius XM Radio, Owens said the Hall of Fame should be based on statistics only, and I kind of agree. This is what he said when asked about Marvin Harrison’s situation, as well as his own:

“He played a number of years with Peyton Manning, he’s an incredible receiver,” Owens said. “But again, when it comes to what the Hall of Fame is all about in terms of the criteria to get in, it should be purely based on stats and obviously my stats are better than his. . . .

“Of all the gold jackets that were there leading up to the actual day of the induction, everybody for sure was like I was a shoe-in. And at some point, yeah, I feel like I will get in, but I think with the body of work and what I did for the game, I should have been in first ballot.”

Let’s be honest, is there a person in the Hall of Fame that was not near the top of his positions leaders according to stats at the time he was inducted?  I think T.O. has a point…..