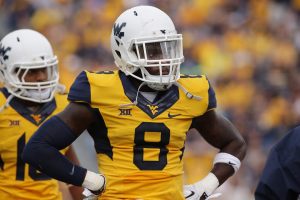 Karl Joseph is a 5-10, 205 pound, ball-hawking talent only held back by concerns about a torn ACL injury. Those concerns were talked about today by CBS Sports reporter Jason La Canfora. According to the report, Karl Joseph is expected to miss part of his first NFL season with his prior knee injury.

“He’s going to need to miss some time,” the executive told La Canfora. “It’s really on us (the NFL teams) and not him. There’s no patience in this league. We hear the kid would probably be ready by Week 4, which is not a lot of time in the scope of his career, but we all want a kid who can step in and be ready for camp and play Week 1.”

Here are the teams that brought Joseph in for a visit: